Madeleine L’Engle said, “You want to write, you need to keep an honest, unpublishable journal that nobody reads, nobody but you.”  Her advice was to aspiring writers and it is key. Just the act of putting pen to paper can improve your writing skills. But keeping a blank notebook – like our Sunrise Diary –  handy is helpful for other reasons too. A writing journal can help manage mental health. It acts as a friend and confidant – somewhere you can spill your innermost thoughts and feelings, without fear of being judged. There is nothing, in fact, that is quite as intimate as the act of keeping a journal.

Luckily for us, the diaries of some of history’s most intriguing artists, writers, politicians, and other captivating minds have been made public over the years. These direct glimpses into their inner lives, thoughts, and temptations not only quench our curiosity, but teach us about some of mankind’s most life-altering events. Reading the intimate thoughts of these fascinating individuals is spellbinding and provides us with a mental picture of their lives, including their experiences and surroundings.

Here are some of the most-read, best journals of all time:

The Diary of Anne Frank

One of the most popular journals ever published, this work tells the story of a young Jewish girl during the Nazi occupation of Germany. Hidden behind a bookcase for two years in a secret annex, Anne was an unknown teenager at the time of her writing. Her incredibly expressive journal radiates courage and hope, despite the dire circumstances of her life. Amazingly, her timeless, and sometimes humorous, anecdotes of teenage life still resonate today.

The Diary of Anaïs Nin

Anaïs, the well-known author of books such as Delta of Venus and Little Birds, described her own journals as her “kief, hashish and opium pipe (and her) drug and vice.” Her life and the tales of narcissism are fascinating. Containing over six decades of material, her writing journals provide remarkable insight into not only her own life and relationships, but also those of various male celebrities. They may even be described as “scandalous”!

Captain Robert Scott, a British explorer best known in his time for his expedition to the South Pole in 1911, is now famous for something else: his journaling. Scott’s diary tells the story of polar explorers, scientific work, frightening weather, and even death. His fascinating insight into this brave new world left us with some of the most powerful words in literary history: “We are weak, writing is difficult, but for my own sake I do not regret this journey, which has shown that Englishmen can endure hardships, help one another, and meet death with as great a fortitude as ever in the past.”

Perhaps the most controversial diary on our list, the journal of Josef Goebbels offers valuable insight into the Nazi Party during the Second World War. As Adolf Hitler’s Minister for Propaganda for 12 years, Goebbels was in a unique position to reveal the true horrors that the Nazi party imposed. The secrecy which surrounded their missions was enormous, yet his personal diary gives us incredible insight into Hitler’s thoughts and deeds.

Another writing journal of great historical significance is that of the ill-fated Tsar Nicholas II of Russia. Kept to record his thoughts, fears and struggles, it offers the reader a unique picture of daily life in the Alexander Palace and beyond. The Tsar’s diary gives us an insight into how this privileged, yet severely stressed, man viewed the world around him.  It tells us of his views, his experiences and the innocent shock he felt when the people turned against him. For anyone who loves history, this journal is a pure literary and cultural delight.

This diary of British journalist and political aide Alastair Campbell offers a glimpse into his time working as Tony Blair’s press secretary and trusted confidant. In it, he captures the rise of New Labour in Britain, giving great insight into the changing face of British politics of the era. Events such as the death of Princess Diana, the troubles in Iraq, and the Hutton Inquiry pepper the pages, offering the reader unique insight into the then-Prime Minister’s personal feelings on tough issues.

The journals of famous writers have long provided us with a glimpse into a world many of us will never know and they will continue to entertain us long into the future. The more serious among them give us important facts and thoughts, with the more light-hearted journals providing some relief from daily stresses. Some journals are just too important to never be read.

Do you have a favourite published journal that's not listed here? If so, let us know about it below. 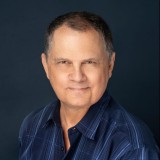 Michael spent way too many years behind a software desk before launching his first physical product. If he is not building something, or preparing to, or cajoling someone else into starting their own business, you'll find him craving Twizzlers and a movie with Ruth or sneaking M&M's at a grandchild's event. 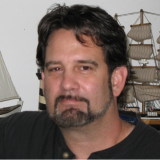 As a support group facilitator for men who suffer from PTSD and past traumas, I recognize the value of journaling. Thanks for your product.

Comments will be approved before showing up.

Health and Fitness Goal Are Hard - a Bullet Journal Can Help

Are you having trouble sticking with your health and fitness goals? If you are - you're not the only one. Life can be busy and overwhelming. It can be hard to find the time and energy we need to focus on our health. But it's one of the most important things we can do.

If you need a little help in staying committed to your goals, why not try using a journal? Just writing your goals down can help you keep them in your sights. And then tracking your progress on those goals can help keep you motivated to reach them. While journals and trackers don't guarantee success, they're great tools for motivation and accountability.

Yes You Can! Max Out Your Joy by Writing in Your Happiness Journal

Are You Feeling Stressed? Writing in Your Journal Can Help

If you're feeling stressed (and who isn't?), breaking out your blank notebook and transcribing your thoughts can help. No one knows for sure why journaling is an effective stress-buster. But there are several theories that make a lot of sense.

If you need a break from stress, why don't you give it a try?